Stakeholders are currently seeking approval from the PPP unit of the finance ministry to procure a private operator for the facility that sits on 27.76 hectares in Layibi division, Gulu city. 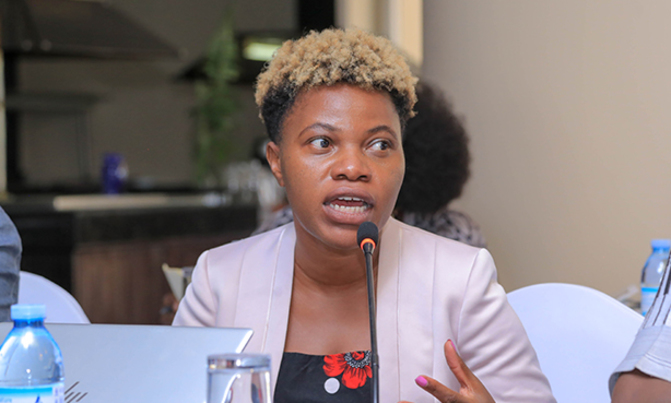 Government is increasingly deploying the public private-partnership (PPP) approach to operate and maintain its huge projects, hoping for enhanced service delivery and efficiency, following earlier massive mismanagement of government entities.PPPs involve partnership between the Government and the private sector to finance and manage infrastructure assets to facilitate the provision of services over the long term with some transfer of risks.The latest project that government seeks to tender to a private operator is the Gulu Logistics Hub, which it is developing through Uganda Railways Corporation (URC), with funding from UK's Foreign and Commonwealth Development Office, through TradeMark East Africa and the European Union.Stakeholders are currently seeking approval from the PPP unit of the finance ministry to procure a private operator for the facility that sits on 27.76 hectares in Layibi division, Gulu city.The construction of the first phase of the $8.5m (sh33b) structure started in March this year and currently stands at 40%. It is expected to be completed next December.The URC, supported by TMEA, appointed a consortium of CRISIL Risk and Infrastructure Solutions (CRIS) and Africa Economic and Social Development Consultants (AESDC) to provide transaction advisory for procurement of a private party for the project.The consortium has been undertaking a feasibility study to assess the viability of the hub under a PPP model, before a greenlight can be given for it to procure a private operator.ViableAccording to the draft feasibility study report, the project is feasible and commercially viable on a PPP arrangement, under the proposed Build-OperateTransfer contract.Under the contract, the URC will give a 25-year concession to the contracted private firm to operate after completing the first phase.The firm would also complete the second phase and maintain it to generate a profit for the agreed period, then the hub would revert to URC.Presenting the draft feasibility study report at Sheraton Kampala Hotel on Wednesday, Akshay Purkayastha, the team leader CRIS, the project consultants, said demand to utilise the hub is sufficient and the project is lucrative.He put its economic rate return at 32.7% and a cost benefit ratio at 3.11."This indicates that the project has strong economic fundamentals and would be beneficial to the economy. It is also affordable to the government," Purkayastha said.The contracted private firm will be required to provides services such as storage, handling, as well as assembling, parking, packaging and labelling, said Hussein Kiddedde, a logistics expert on the consultants team.PPP most idealRonny Carbonell, the PPP expert working with CRIS, said the model is ideal, given that they want to develop an efficient logistics ecosystem by bringing in capacity and expertise through private sector participation.David Mugarama, the expert logistics and project co-ordinator AESDC, said the hub is multi-modal and will handle cargo that is carried on several modes of transport.He added that it will be a co-ordination hub that will facilitate movement of imports, exports and transit cargo.He added that the hub will ensure timely delivery of goods and also contribute to cost reduction for shippers in northern Uganda, South Sudan and parts of eastern DR Congo.  "We believe this will be a win-win situation for the private partner that will come in and the government of Uganda/URC in terms of achieving the development agenda and a win for the users," he said.The TMEA Uganda acting country director, Damali Ssali, said the project will follow the 2015 PPP Act to the latter to ensure it succeeds and becomes Uganda's benchmark PPP story for all future projects."We have not had many successful PPPs in Uganda. We have seen some try and fail miserably, such as the Rift Valley Railways and the Entebbe Express Highway, where we have failed to start tolling to date. So we want to ensure that the Gulu Logistics Hub does not fall into that trap. That is why we want to comply with every element of the PPP Act," Ssali said.She, however, urged the Ministry of Works and Transport and the Uganda National Roads Authority to begin construction of the access road so that it is ready by the time the hub construction project is complete.RecommendationsHowever, the study recommends that tariffs charged by the private company be regulated to ensure affordable services, availability of equipment and adherence to performance standards.It also said there is need to minimise the fiscal commitments for the Government arising out of the project and ensuring optimal risk allocation between the contracting authority and private party to achieve a balance between affordability and bankability.In addition, it said the traffic/revenue risk should be passed on to the private player, who must comply with international social and environmental standards.Jim Mugunga, the PPP Unit executive director, welcomed the project, saying it will make supply chains and logistics a lot more efficient.He, however, said engaging the private firm to operate and maintain it should have been done right at the commencement of the project.This, he said, would lower the cost as the private firm would know all project details.The preferred model would have been that everybody is on board from the start.This means the opening up of the land, infrastructure building and the rest would have been done when the private firm is already on board.This would enable them look at connectivity and all the systems they are going to operate and maintain over the life cycle of that facility to ensure efficiency."When you do it before I come on board, I will believe from drawings, workmanship and the partners that a good job was done, but I will cost a little bit higher for operation and maintenance because there are things that I cannot account for 100%," Mugunga said.Everybody wins"We believe this will be a win-win situation for the private partner that will come in, government of Uganda/URC in terms of achieving the development agenda and a win for the users," David Mugarama, Expert Logistics and Project Coordinator, said.